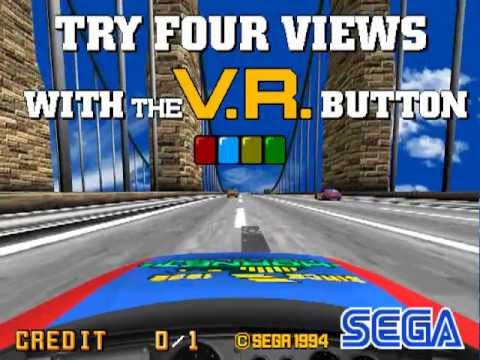 Daytona usa is one of the highest grossing arcades of all time, and one
of the most respected arcade racing games ever made, but poorly ported
on most plataforms.

i used some of the easter egg music that is played when you
use some specific initials on your name on a record, the
ones shown are:

i have acess to the actual real hardware, but record offscreen video from a crt monitor would simply suck.

the screen output of the emulator “mostly matches” the arcade, but the emulation have some minor bugs in geometry (mostly z fighting in the shadows and tress, also some “lack of zbuffer” usage on some geometry)

i tried to be mostly completionist in this video, showed the atract mode (with sound enabled) on all 3 track, and played the tracks in order, aiming to the first place, to show the “game credits” in the end of each race.
in each “record” screen, i used one of the avaible easter eggs of classic music from other sega games.