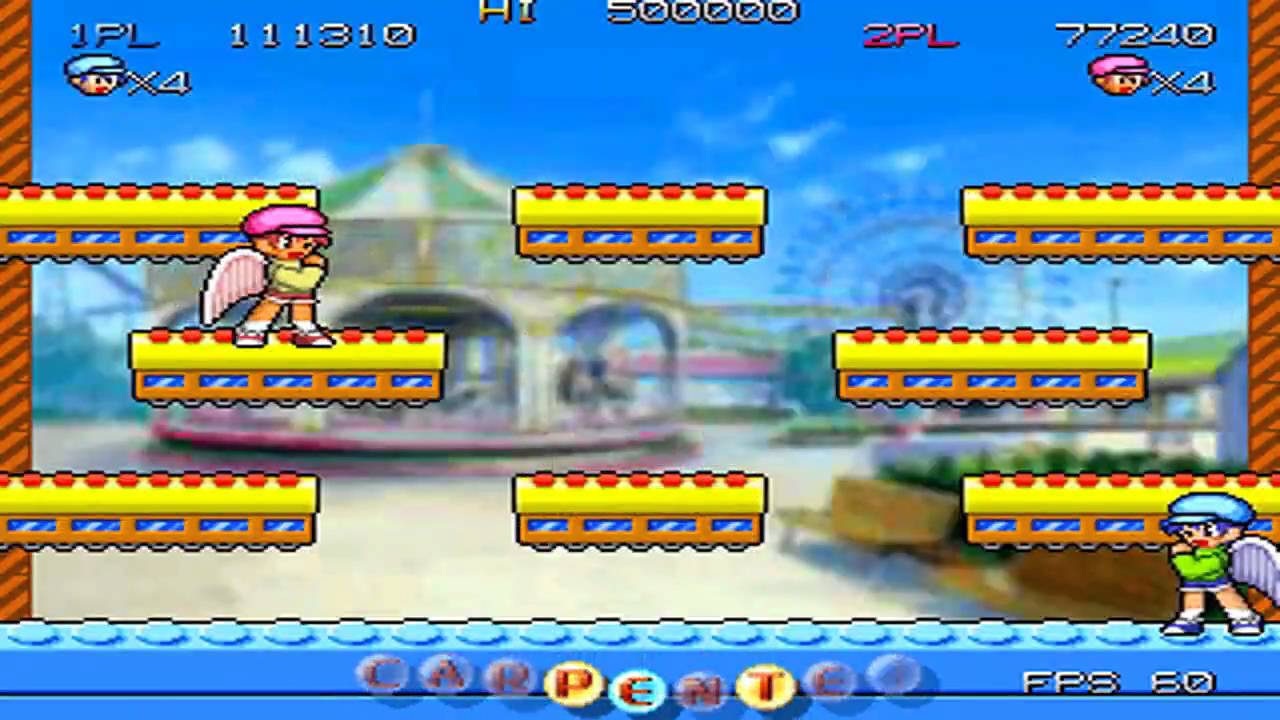 This is one seriously awesome game that the creators crafted after various Arcade favorites from the 80s and 90s and it’s FREE, it’s a FAST DOWNLOAD, and it’s FUN. It apparently won awards of some kind in Japan, and it’s a shame that few people know about it. The fact that there are people out there who know about these games but don’t tell more people about them is a little discouraging– shame on those in the know!

Being called “Hane Hane Paradise: The Story of Brothers Who Dreams” (or Hane² Paradise), the game has the arcade feel down to a tee, but threw in a few system configurations to make things fun, including the option to play in funny English or Japanese (keep in mind that this is a Japanese game). The game is apparently about two boys in a dream world with wings. They have to attack enemies until they sprout wings and then smash them around the screeen, colliding into other enemies. The game takes after various classics… can you spot them all (however, the game is most specifically a modified version of “Diet Go Go” and “Tumble Pop”)?

Well, it for example takes the map from games like Super Buster Brothers, features a gameplay engine similar to Bubble Bobble, parodies Ganbare Gensan aka Hammerin’ Harry on the Metropolis level (he’s the boss), pays homage to Darius with the “Boss is Approaching” statement, etc. The cool thing is that the game features various power-ups, regular boss battles who each have different tactics in order to defeat them (for instance, the Volcano boss can’t be hit with your wings, so you have to use the enemies directly), etc.

The game has nice, colorful graphics, lots of action, good music, and can even be played with two people. It’s also one of the few Doujin games that gave me no trouble setting up two joysticks, much less one, so you shouldn’t need things like “Joy to Key” (which I need for some games that even supposedly support joystick). This game is like the total package and perfect afternoon diversion or something.