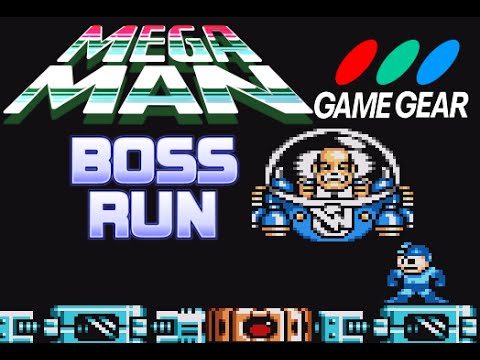 So I got asked to do a boss run. Happy to oblige. In fact I’m uploading two versions of this video, one with commentary, and one without.
(This is the one without).

I originally thought this would be a nice, simple game to get back into the swing of recording. What ended up happening is one of the most frustrating Boss Runs I have ever recorded.

Let’s put it this way – hard mode in this game pulls no punches. Robot Masters are sped up to almost double their original speed, and some even gain new attack patterns. Combine this with at least 3 bosses requiring good luck best them without taking damage (See Napalm Man, Stone Man and… the second Escaroo. No, really.), this was pretty hard to pull off. Will I do other Mega Man games like this? Sure. Why not.
I opted to do this as a Boss Run first rather than a Let’s Play first, because aside from boss changes (which are covered in the commentary version of this video), there is little else to cover in this game other than the fact that this is one weird entry in the series.

And yes, Toad Man is a Fortress Boss. I don’t get it either.