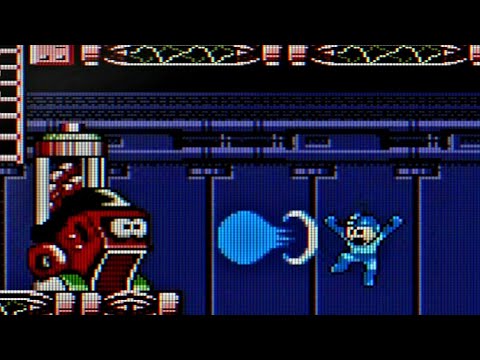 Played through on the hard difficulty level.

Much better than most games that ever saw release by U.S. Gold, who is notorious for some heinously bad PC ports in the late 80s/early 90s, Megaman for the Game Gear is a mashup of bosses and stages from Megaman 4 and 5 for the NES. The graphics are super zoomed in, but they convincingly mimic the NES games’ graphics (even if cheap hits and blind jumps are far more commonplace because of this). The sound is as faithfully reproduced as possible given the weak sound hardware shared between the Master System and the GG.

The game runs much slower and is significantly easier, though, than any of its counterparts on the NES. It’s also MUCH shorter, being only 8 stages long, but overall, it manages to capture the spirit of the series likely just as well as Minakuchi, the developer of Mega Man 1, and 3-5 on the Game Boy, could have.

The Game Boy Mega Man games were excellent, and the sole Game Gear one sits right about on par with its monochromatic counterparts. It’s nothing revolutionary, but it’s well worth playing.

NintendoComplete ( punches you in the face with in-depth reviews, screenshot archives, and music from classic 8-bit NES games!

Visit for the latest updates!