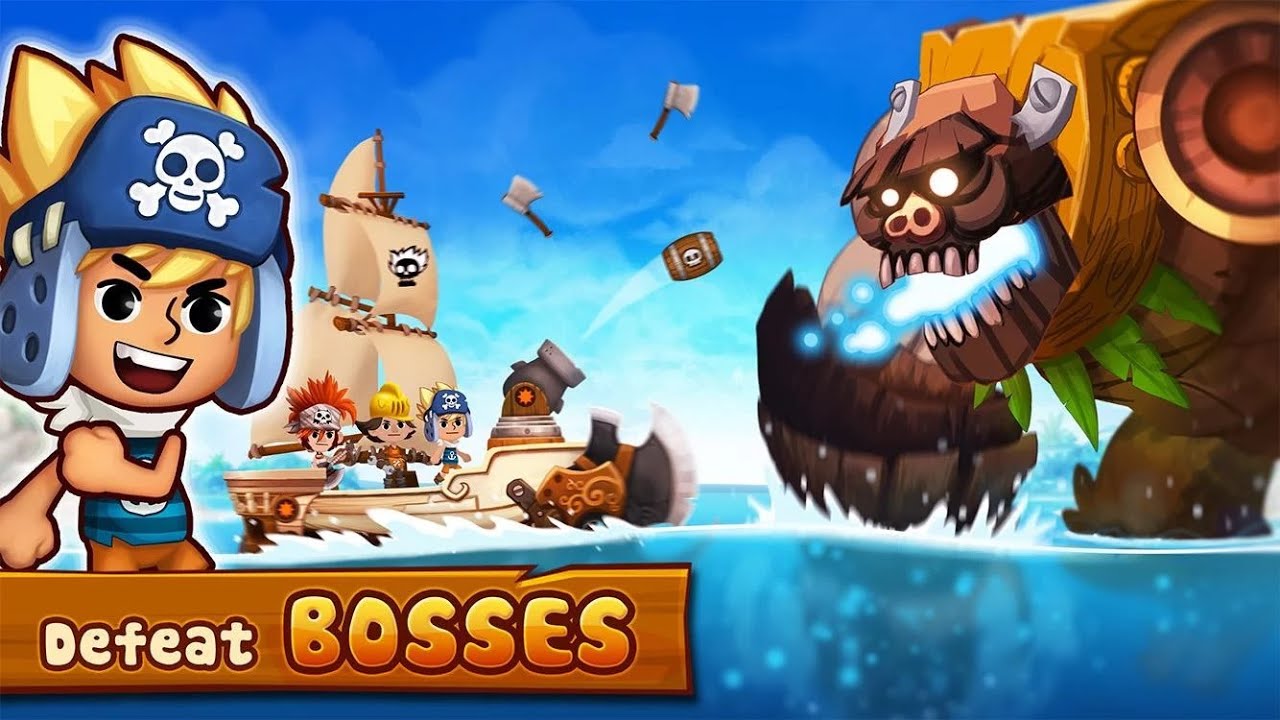 Get ready for an epic pirate RPG adventure filled with boats, cannons, heroes, powers, huge bad guys, exploration and discoveries! Lead your pirate fleet into battle now. It’s easy to play, but difficult to master!
DEFEAT HUGE BOSSES!
There’s some huge bad guys in Pirate Power. And to beat them, you will need to build, customize and make your boats stronger. With the help of all your heroes and their powerful powers you will teach a lesson to the evil Doge, the giant King Crab, the Kraken and even more enormous bad guys.