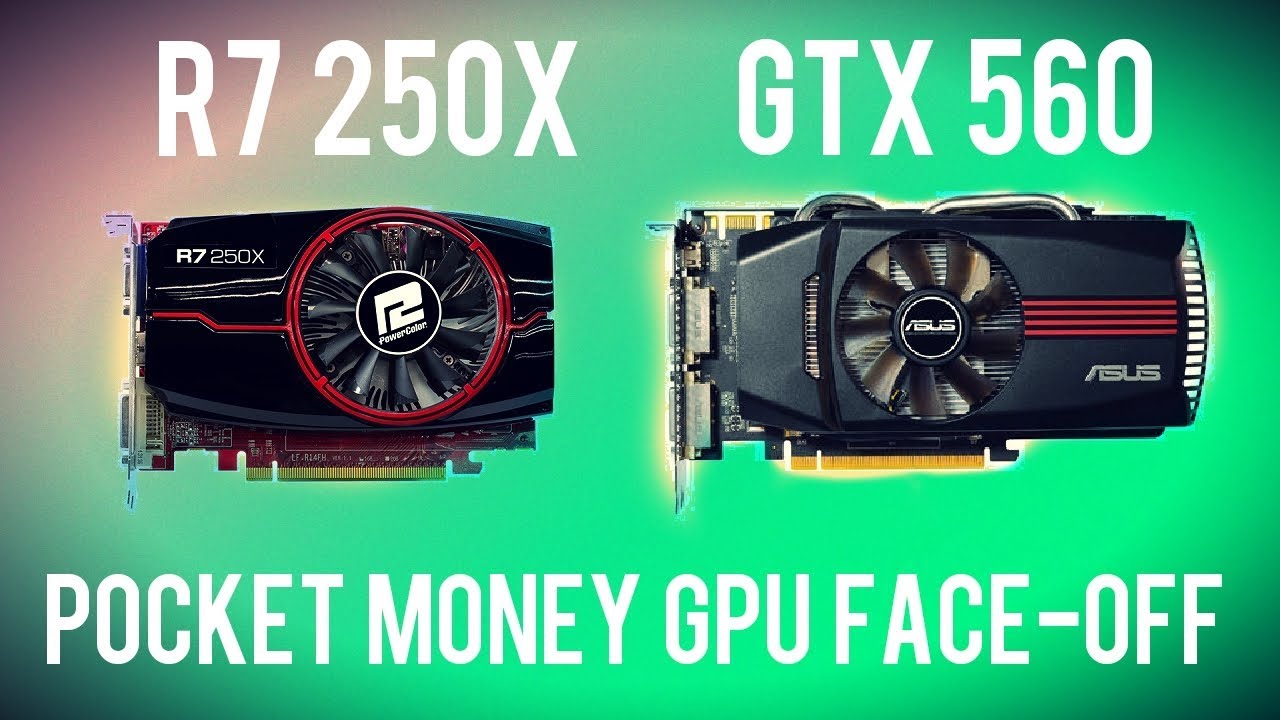 Following on from last week’s somewhat unfair test for the R7 250X when it got well … schooled by the budget Maxwell based GTX 750, I thought this week we would take a look and see how it fared against something a little more in its weight class.

Back In the summer of 2011, Nvidia released the GTX 560, based on the Fermi GF114 GPU, a refined and tweaked version of the previous GF104 gpu seen in the GTX 460. At launch the card came in at just under $200 and judging by a lot of your comments on my previous fermi videos, still proves to be fairly popular today with those wanting a cheap card to power a budget rig.

At the start of the following year, AMD released the HD 7770 Ghz Edition to the masses, and with a price of $169 new, it had its sights firmly locked on the then price reduced GTX 560.

Efficiency wise it was already a bit of a wash with the newer 28nm AMD card outclassing the 40nm Fermi GPU in power consumption, requiring 80W to the GTX 560’s 150W. But in terms of core configuration it was hard to decide a winner on paper.

The Green card packed fewer Shading Units with 336 Cuda Cores compared to the red cards 640 SU’s, but looked to counter that with 56 texture mapping units compared to the HD 7770’s 40 and also doubled the number of ROPS to 32 up from the AMD cards 16.

In terms of memory, the GTX card also has the benefit of a 256-bit memory bus compared with the 128-bit on offer with the HD 7770 but when it came to clock speeds, the AMD card had the advantage with significantly core clock speeds and a nice boost to the VRAM too.

The card was successful for AMD and was eventually rebranded as the R7 250X two years later.

So it should be a close call, but there is only one real way to check it out and that’s to bench the 250X in the same suite of games as I have previously tested the GTX 560 with, so with that said, let’s boot up the old faithful i5 4590 test rig and dive into the benchmarks

The PC we are running the game on consists of the following: