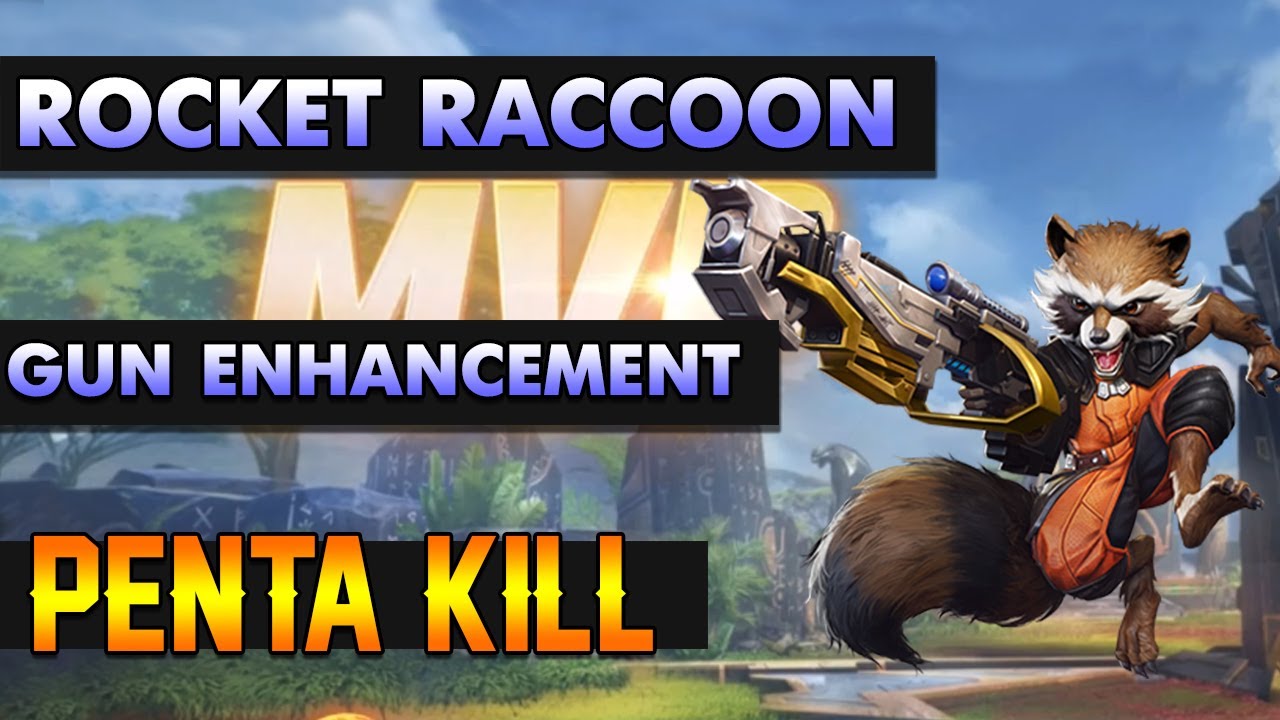 Hey guys what’s up! So we’re here to check out a quick gameplay of Rocket Raccoon. As well as go through his skill real quick, just for us to get down the basics.

Most of his skills are pretty simple, except for his passive skill, which is pretty vague on its description. So let’s go learn about that first.

Every time you kill a minion, jungle monster, or even a hero, it stacks as a passive skill point. With every 15 points you get, you can upgrade your skills to make it stronger.

Here are the options. It’s up to you which one to upgrade first.

I suggest to get the Aim enhancer first to increase your attack range or even Attack enhancer to increase the power of your first skill.

After getting those two, go for the Explosion enhancer next. Then Thrust enhancer.

We’ll it’s really up to you, but personally, I’d go in that order.

Remember, though, it has to be you to kill the minion so that you can get the stack, so be sure to always last hit.
Anyway, in this game, on any hero, it’s always better to try to last hit since it gives more gold.

With that covered, let’s go through his other skills.

First skill lets you have a bigger gun that shoots multiple targets in rapid succession. It can also trigger basic attack effects like life steal, critical hits, and other stuff that you can get from items.

This is your main damage dealer, you will be relying on this skill a lot to farm and kill your opponents.

You can really feel the damage from your gun in late game, it can easily burst down squishy heroes.

Now let’s go to your second skill. It basically makes you run faster for 2 seconds. If you upgrade this skill through your stacks, then you will be immune to any slow down effects, while you’re using the skill.

Third one is your ultimate. It lets you plant mines that can damage and slow down opponents, but you can use it as well when you’re going toe to toe with an opponent. You can just throw it right in there face since it pretty much explodes as soon as it lands in the ground if someone is there to trigger it.