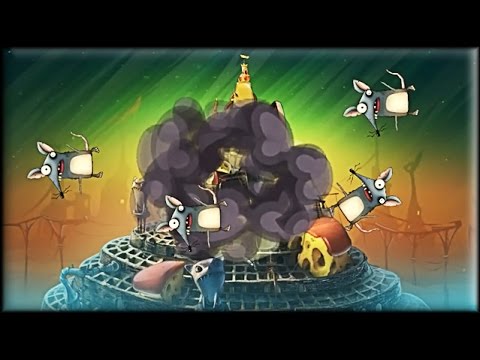 The rats are have been kicked to the bottom of the pyramid. And you will need to train your best rats to get back on top in this social media-based strategy game called The Rats Online. Unlike your other version, you will now fight real players here. You must feed your rats with cheese. And in order to get the cheese for food, you must steal them from other rat dungeons. The higher level places have more rats so you will need new members. To add new rats, simply eliminate a rat by stuffing them with cheese. If you collect enough souls, a newborn rat will be given to you.

The Rats Online is an online simulation game where you get to raid other player’s lair and steal their stash of cheese, you can then use the cheese to feed your own rats…or stuff the enemy rats until they die, once the enemy rats have been eliminated, you get to collect their souls, and once you have enough souls, you can spawn new rats to reinforce your colony of rats, the more rats you have, the stronger you become, be careful though as the more rats you have means the more rats you need to feed. There are also some upgrades available for the rats to make them more effective when raiding other player’s lair or protecting your own lair, like steal, protection and attack, the higher their levels are, the more powerful they become. Don’t take the other player’s rats too lightly though as they also have the ability to upgrade their own rats, and if their rats have higher levels than yours, then your rat pack won’t be able to defeat them for sure. Will you take on the challenge and dominate all the rats online?, Do you have the skills to make your rat pack the most powerful rats in the web?, Play the game and see how you fare against the other players all over the world.

The graphics are pretty and the designs look cute, the rats looks cool too, and although they pretty much look the same when spawned, their appearance do change once you start to level them up, the details are also nice which made the characters even cooler, while the environments are very nice as well, the sewer designs really look quite pretty overall. The game’s colors are also great, they are generally vivid and certainly added up to the beauty of the game. Animations and movements are smooth and fluid, the game’s moving parts and its animations are cool and doesn’t look boring as they look varied from one rat to another, you’ll see your rats pacing about in their own patterns, you rarely see two rats moving in the same way. Music also sounds nice and the sound effects used here has enough variety which contributes to the fun factor of the game. Special effects are great, I particularly like the effects when you stuff the enemies, the rats looks like balloons pumped with too much air and explodes. Overall, it looked really cool, the designs are pretty and the presentations are cool as well.

The game is easy and simple, The main task is to grow your own rat pack and level them up to make them more powerful, and the only way to do it is to pilfer the other player’s lair and take all their cheese, cheese is the most important item here, you need it to grow your rats and level them up, you can also take down other player’s rats, collect their souls and spawn more rats for your colony, the more rats you have, the stronger your colony becomes. Control is quite easy, you only need taps to play it through the end.

The Rats Online has some pretty graphics and designs, you get to play with other players all over the world, you get to grow your own rat pack and level them up to make them stronger and more powerful, the game also features simple taps to play.

Very nice game and really easy, even the younger players will find this easy to play, if you want to play something different, check this one out.